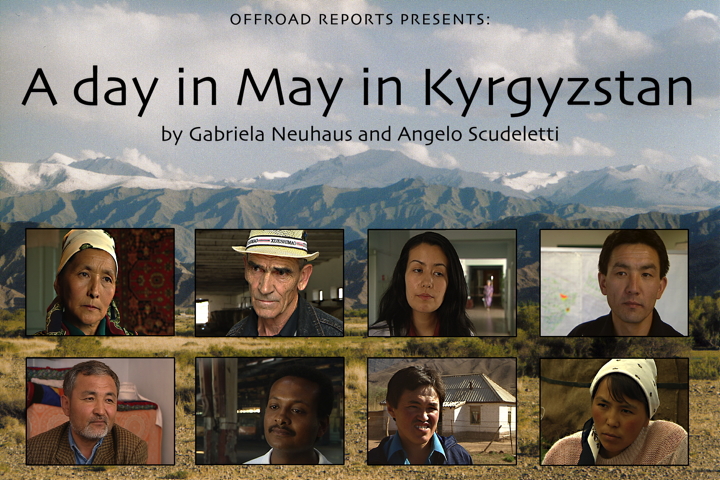 As with so many other people in the former Soviet republic of Kyrgyzstan, the young farmer Ernis Jamangulov on his isolated farm in the mountains has to build up a new life for himself. Everything has changed since the country of the poet Aitmatov gained its independence in 1992.

What was once economic and political gospel in the Communist system was suddenly from one day to the next out of favor. Some people learned the new rules of the free market system more quickly than others.

"In the old days not everything was bad", says the chief breeder Victor Tcherkassov on the last kolkhoz still operating in the country.

On the other hand, the young surgeon and Central Asian beauty queen Kanykey is convinced that in spite of all the difficulties "it's better to live in storms than in swamps."

The documentary film "A Day in May in Kyrgyzstan" shows how people live and survive in the new country. Eight people from various backgrounds in Kyrgyz society offer a closer look at their day-to-day living in a fascinating country which for decades was hidden behind the Iron Curtain.